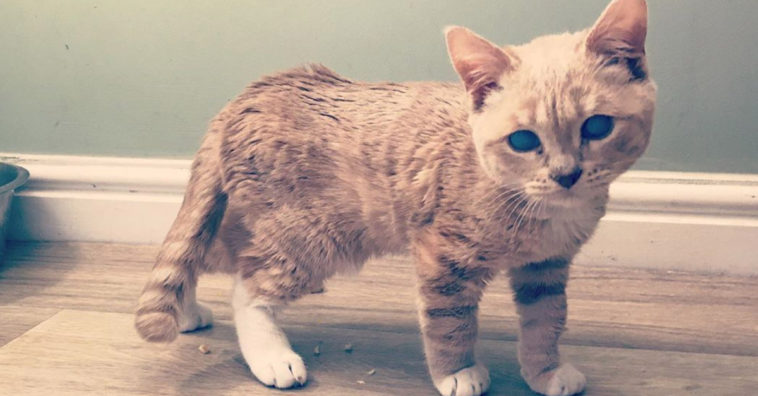 A kitten adopted by a family in Wolverhampton, West Midlands will grow no bigger than it is, due to a hormonal deficiency rarely seen of cats. Meet Munchie!

Arguably the second most special cat in the world, Munchie suffers with hypoparathyroidism. Only one other cat has ever been diagnosed with the condition, making Munchie something of a rarity.

Hypoparathyroidism affects the levels of thyroxine hormone in the body. It is commonly seen of humans. In order for an animal to grow bigger thyroxine must ‘talk’ to the pituitary gland at the base of the skull.

Hypoparathyroidism affects between 2 and 5 people in every 100 in the UK.

In Munchie’s case he will grow no bigger than he is. But so too as he gets older will he suffer with reduced bone density. Munchie has to be administered with vitamins in order for him to stay healthy.

Emily remains optimistic about the future, and is determined to care for Munchie as best as she can.

She told The Metro, “When he was really poorly I would feed him 6-8 times per day – including getting up several times through the night for weeks on end. ‘It was exhausting but worthwhile as, after a few close calls and being close to losing him, he’s pulled through and is on the road to recovery.”

“He has a lifelong condition so will need regular blood tests to check his calcium levels and will be on medication for the rest of his life.

“I feel very lucky to have Munchie, he’s got the cheekiest little character and loves having lots of attention and cuddles. He loves to play with his kitten toys.” 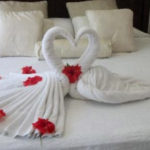 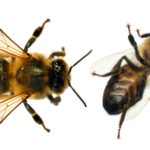