This video tells the story of “Flo”, a wonderful cow with a beautiful disposition, as she encountered serious difficulty soon after giving birth to her baby. On a very hot, spring day in Millbrook, Ontario, Flo was near the pond in the meadow that she called home. She and the rest of the herd live on a gorgeous farm where the cows wander freely and graze as they wish. It’s life as close as possible to what nature intended for these sweet creatures.

For whatever reason, Flo found herself beside the pond and up against the electric fence when it was time for her baby to be born. This fence is there to keep the cows from wandering on the highway and to keep predators out. The voltage is actually dialed down to a low setting. But her calf must have been slippery enough that it slid down the small slope and under the wires. It would have been difficult, if not impossible for the calf to get back under the fence, and Flo could not get to her newborn. The sun was beating down and the baby was supposed to be nursing, getting that first crucial dose of antibodies in his mother’s collostrum. (First milk)

Dave, a passing motorist who lived nearby had stopped with his GoPro camera because he wanted to film the other cows splashing and bathing in the pond. Their behaviour seemed interesting enough that he wanted to get some video. He stood by the fence with one camera in his hand and another on the fence post. He saw Flo acting annoyed to his left but he thought maybe she was just trying to express displeasure that he was near the fence. Dave knew very little about cattle and he had no idea that her unusual display was actually a request for help.

Still not catching on, Dave began to film Flo as she pawed at the ground and paced back and forth. She looked at him and mooed as she did so. Even the other cows knew something was wrong and they came over to look. Flo was looking at the same spot outside the fence, and at Dave alternately.

Dave decided he better investigate and he took his camera with him. He saw a small, newborn calf on the outside of the fence. It was lying still and appeared to be either dead or paralyzed with fear. When Dave got closer, he could see that it was OK but that it wasn’t able to help itself.

Dave knew the wires between him and the mother were not solid enough to hold her back if she objected to him going near the calf but he was now starting to understand that this is what she was asking him for. Cautiously, he moved over to the calf and used a stick to lift the lower wires. He could see the name “Flo” on her ear tag and he spoke to her as he worked to get the calf back into the meadow. The calf’s umbilical cord was very fresh, showing that he was just born.

Flo relaxed visibly as she saw what Dave was doing. Her agitation decreased and even the sound of her bellows had changed. She made no sign that she was angry as he shoved and wiggled the calf under the wires. The calf and Dave both touched the wire and got a few shocks in the process but Dave was relieved that the calf didn’t cry out, as this could alarm Flo. An angry mama cow can sometimes be protective if they sense their babies are being hurt.

The calf was eventually reunited with his mother and she promptly licked him and checked him over. As Dave walked away from the fence, she gave him a long look that seems to convey understanding and relief that this stranger had helped her baby. She led him off into the meadow and he was able to nurse right away.

The farmers, who had been on an errand while this was happening arrived as she was leading the calf away 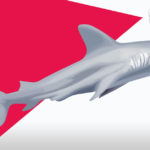 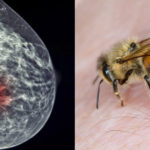