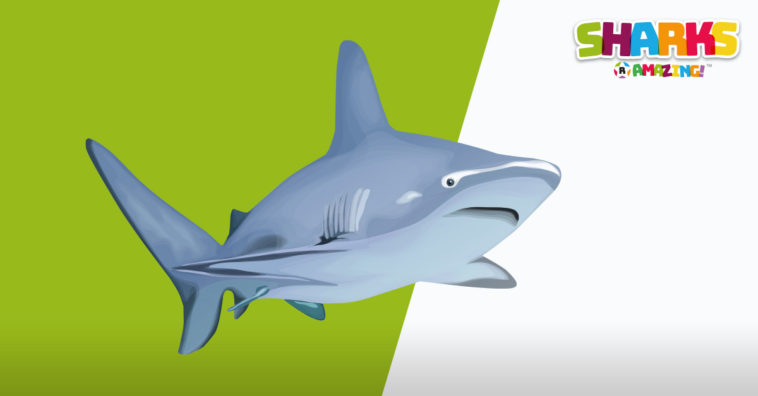 Sharks have all the senses we have (smell, taste, touch, eyesight, and hearing). They can also sense electricity and vibrations in the water.

A shark’s primary sense is a keen sense of smell. It can detect one drop of blood in a million drops of water (25 gallons or 100 liters) and can smell blood 0.25 mile (0.4 km) away. Its paired nostrils are on the underside of its snout. Water continually flows through the nostrils, giving the shark olfactory information. Unlike humans, shark nostrils have nothing to do with breathing – they are not even connected to the mouth.

Some sharks, like the nurse shark, have sensory projections near the nostrils and mouth called nasal barbels. These barbels are whisker-like feelers used to taste and feel.

Sharks have good eyesight; they have color vision. Shark eyes have a large, spherical lens, a cornea, a retina (with both rods and cones), an iris, and a pupil. They even have good vision in dim light. Sharks, like cats who also see well in dim light, have a mirror-like layer in the back of the eye, the tapetum lucidum. This layer doubles the intensity of incoming light, enhancing light sensitivity. Unlike other fish, shark’s pupils can dilate and contract to control the amount of incoming light. The retina has a greater proportion of rods (light intensity sensors) than cones (color sensors), so sharks are very sensitive to small differences in light intensity (dark versus light).

Some sharks (Carchariniformes) have a nictitating membrane, a type of eyelid that protects the eye during hunting.

Sharks that live deeper in the oceans usually have larger eyes than those that live nearer the surface.

Sharks can also detect electricity, which is emitted in small amounts by every living animal. Sharks may be more sensitive to electric fields than any other animal. Sharks have a special network of jelly-filled canals in their head called the ampullae of Lorenzini that detect electric fields. This lets the shark pick up weak electrical stimuli from the muscle contractions of animals. It may also serve to detect magnetic fields which some sharks may use in navigation.

Sharks can sense vibrations in the water using a the lateralis system. The “lateral line” system is a network of neuromasts, which are fine, fluid-filled vessels that run along a shark’s body under the skin along the length of a shark. Many small pores open up on the skin, detecting the intensity and direction of vibrations in the water. This system enables the shark to detect injured fish (easy prey) that are thrashing around in the water.

Sharks have taste buds in the mouth (not in their tongue, as we have).

This article was originally published on www.enchantedlearning.com 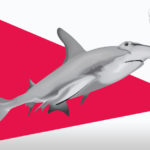