It was a perfect California beach day.

On Tuesday, July 8, the hot sun shone in a clear blue sky. The sand bars at Huntington Beach were crowded with swimmers and surfers. Fitchburg resident Eugene Finney treaded water in the ocean, watching his daughter swim.

Finney, who works at the Fitchburg Art Museum, had taken his children and his girlfriend, Emeline McKeown, on vacation to visit his parents in California.

That particular day, McKeown was on the beach with Finney’s 6-year-old son Turner, and Finney was out in the water with his 10-year-old daughter, Temple.

“The surf was pretty big that day,” said Finney, 39. “The waves were about 7 to 9 feet, and the water is pretty deep. You can’t touch the bottom.”

He and Temple dove into a cresting wave, Finney’s arms around his daughter to brace her against the strong current. They were underwater, about 20 feet down, when Finney felt something slam into his back.

“Harder than I’ve ever been hit in my life,” he said.

As he fought through pain and confusion to get himself and his daughter back up to the surface, Finney had no idea what might have hit him. Even when Temple pointed out the long, bleeding gash on his back as they left the water, Finney was too dazed to process what had just happened.

Then, while he rinsed off his wound in a beach shower, his girlfriend noticed a crowd forming at the edge of the water. Turner asked her what was going on. McKeown looked out into the waves.

“The lifeguards started pulling everybody out of the water,” McKeown said. “Everybody was calling their kids back in.”

Had Finney actually been attacked by a shark? He was skeptical.

A day later, though, a professional surfer was similarly attacked at the same Orange County beach. It was determined that a great white shark was responsible. The beach was closed down. The story was all over the news.

The pain in Finney’s back, abdomen and upper body worsened with each passing day. On the plane ride home Sunday night, the pressurized air in the cabin made things worse. Finney was unable to sleep.

He could not have dreamed that the agony would ultimately be worth it.

On July 13, Finney returned to his job as marketing coordinator for the art museum. He planned to work through the pain, but when he told Museum Director Nick Capasso about the shark attack, Capasso insisted that Finney go to a hospital.

“I said, I guess I’m going to have to go to the doctor after work,” Finney said. “Nick told me, ‘No, you’re going to the doctor now. You don’t look good.’”

Lightheaded and half-delirious from pain, Finney drove to St. Elizabeth’s Medical Center in Brighton. He knew it wasn’t a good idea to drive in his condition, but he wanted to be at a hospital near McKeown’s Newton home.

“I knew if something were to happen, I would need Emeline to take care of me,” said Finney, who lives in Fitchburg.

He checked himself into the emergency room and let the doctors take over.

They ran a barrage of tests — an EKG, a chest X-ray, a CAT scan — to determine what was causing his pain.

“At that point, I wasn’t even convinced it was the shark anymore,” he said.

After a long, exhausting day, doctors determined that Finney’s chest and back pain was the result of “interior bruising of the thoracic cavity, due to blunt-force trauma.”

Then, they told him they had found something else: a tumor on his kidney.

Finney listened as doctors informed him that he had a growth “about the size of a walnut” that, because of its positioning, was most likely cancerous. The cancer was Stage 1, meaning it was caught very early. It is also genetic, he was told, which Finney connected with his maternal grandmother, who died of stomach cancer.

He thinks her cancer probably started in the kidneys as well, but spread. The same thing could have happened to him, had he not had the CAT scan.

“If they hadn’t made this incidental find, I wouldn’t have known until it was too late,” he said. “I could have ended up with cancer metastasizing all over my stomach area, and you don’t come back from that.”

The shark had saved his life.

“It could have bitten me,” he said, “but it nudged me just enough.”

Within a month of the CAT scan, Finney had a new primary-care physician at St. Elizabeth’s and an appointment with Dr. Ingolf Tuerk, a urologic oncologist.

“When you’re told you have cancer, all these horrible things start running through your mind,” said Finney. “Dr. Tuerk walks in and the first thing he says to me is, ‘You’re not going to die.’”

On Tuesday, Tuerk successfully removed Finney’s tumor using a minimally invasive procedure. The surgery took only two hours, and doctors were able to save 80 percent of the kidney, McKeown said.

“When the doctor called me, he was really upbeat,” she said. “He said it went much smoother than they had anticipated.”

As of Oct. 3, Finney was 100 percent cancer-free. He will need another CAT scan in a year to ensure the tumor isn’t growing back, but will not need radiation or chemotherapy treatment.

He is currently recovering at McKeown’s home in Newton.

Nearly three months after the attack, Finney said the magnitude of what happened has finally sunk in. He is grateful to McKeown for helping him through a surreal and difficult ordeal.

“I was kind of a wreck, and Emeline has been my rock,” he said. “She’s taken really good care of me.”

McKeown said she is “thankful that I’ve been able to be there for him.”

The couple have been together for only seven months, but this has made them very close.

“I just believe that everything happens for a reason,” she said. “Something like this breaks people or brings them closer together, and I’m glad it was the latter.”

She said it has been hard to watch someone as active as Finney forced to change his behavior since the surgery.

“It’s so second nature to him to lift up his kids when he sees them, to open doors for people, to take the dog for a walk,” she said. “The hardest thing for him is going to be for the next eight weeks, not being himself.”

It’s frustrating, but the alternative would have been much worse.

“Having to sit on the sidelines for a few months, versus finding out I have Stage 4 cancer in a year is a trade I’d make any day,” Finney said.

“The ocean has always been a big part of my life, and my father has always taught me that if you respect the ocean, it will take care of you,” he said. “I think this is that.”

This article was originally published on www.mercurynews.com by Anna Burgess on 7th October 2015 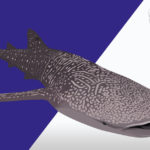 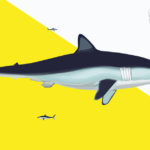