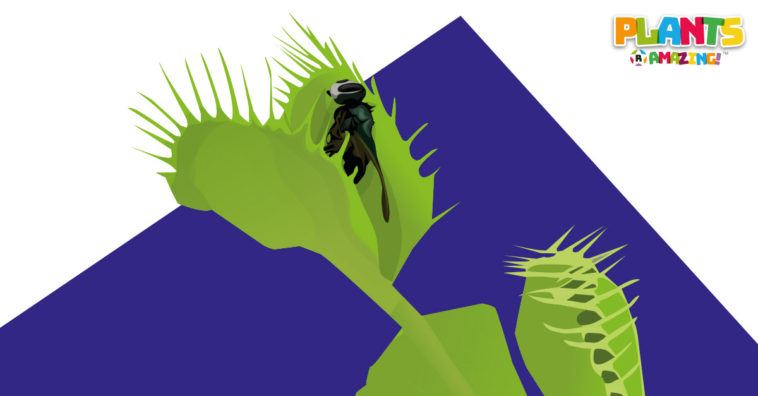 They eat bugs. They’ve got awesome reflexes. And now they come in robot form (keep reading). Some of the most influential people who ever lived have had a fascination with Dionaea muscipula. Here are 11 facts guaranteed to inspire your own.

1. They May Have Been Named After Lady-Parts

Venus was the goddess of love and beauty in Roman mythology and the mother, Dione, of her Greek equivalent is responsible for the plant’s genus name, Dionaea. According to British naturalist John Ellis, the “beautiful appearance of its milk-white flowers, and the elegance of its leaves” inspired the moniker. However, the Venus reference may have also been made for a much baser reason: the plants’ pods reminded early explorers of gaping vaginas.

2. Thomas Jefferson Tried His Hand At Cultivating A Few

Ever the renaissance man, our third president’s scientific career is sadly underappreciated. Although the plants are native to the Carolina swamplands, Jefferson had great difficulty getting his hands on some seeds, failing to do so until 1804.

3. Charles Darwin Was Another Admirer

“The Venus Flytrap,” he wrote in 1875, “is the most wonderful plant in the world.” Darwin was such a fanboy that he dedicated an entire book to insect-eating plants, which he partially illustrated himself.

4. The Venus Flytrap Evolved From An Early Sundew Relative

Smitten though he was, Darwin never uncovered the hunter’s evolutionary origins. That didn’t happen until 2009, when genetic data linked Dionaea muscipula to sundews, which are comparatively primitive bug-gobblers.

5. Prey Is Lured In With Nectar

The flytrap’s leaves, about which Ellis waxed poetic, secrete sweet-smelling nectar which beguiles hungry invertebrates. Many other carnivorous plants use the same tactic. For a basic summary of how the victim is then ensnared, head here.

Nectar is nice, but flytraps stack the odds of grabbing a bite still further by actually emitting a fluorescent blue glow to attract bugs, particularly during the bleaker parts of the day.

7. Traps Even Catch The Occasional Frog

Generally, the pods clamp down on ants, beetles, and other small insects. In their nutrient-deprived marshy environment, the many-legged critters’ exoskeletons provide a critical source of nitrogen. Once in a blue moon, however, an unlucky vertebrate gets nabbed, such as this ill-fated amphibian.

“Feed me, Seymour!” No known plant munches on people (the foul-mouthed villain in Little Shop of Horrors notwithstanding), but Dionaea muscipula can actually digest strips of human skin if they’re placed in its pods.

When the robots inevitably take over, keep an eye on the mechanical flytrap. Technicians in Maine and South Korea have built tiny automated replicas which can actually trap their own (live) insects. Ladies and gentlemen, let the nightmares commence!

10. Red Flytraps Have Been Developed In Captivity

Today, thanks to captive breeding efforts, far more specimens reside in clay pots and greenhouses than out in the wild. A few maroon, burgundy, and crimson subspecies have been created, most notably the variety dubbed Akai Ryu (Japanese for “Red Dragon”).

11. The Venus Flytrap Is The Official “State Carnivorous Plant” Of North Carolina

This article was originally published by Mark-Mancini on www.mentalfloss.com on the 12th December 2013