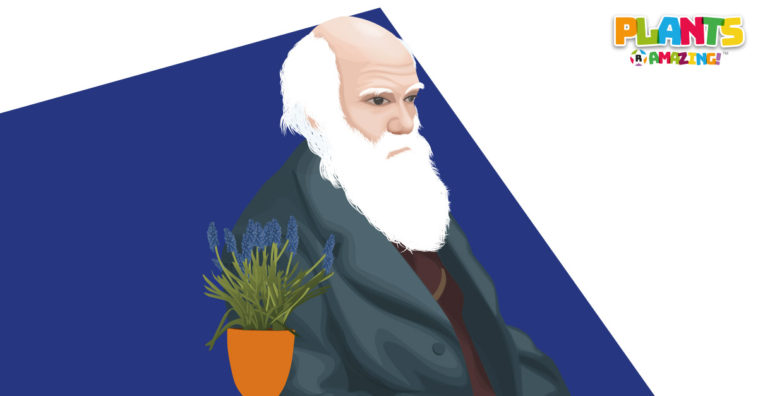 I must admit that I learned very little of Charles Darwin in high school and college biology classes. He was always the brief introduction to the section on evolution: An exploring Englishman takes a five-year voyage on the HMS Beagle, and his observations of the finches at the Galapagos Islands inspire his theory of evolution. The end.

Fast-forward to the present: While reading “A Garden of Marvels” by Ruth Kassinger (which I highly recommend), I was astonished to learn that Charles Darwin wasn’t just content to establish his theory of evolution and retire. He had a lifelong love of plants and, after writing his work “On the Origin of Species,” he spent the rest of his life observing and performing experiments on plants. His discoveries and publications based from these experiments are still cited in scientific papers and used in textbooks today.

While studying at Cambridge, Darwin received excellent training in botany from botanist John S. Henslow, the same man who recommended him for the voyage of the Beagle in 1831. In addition to his other work while on the Beagle, Darwin managed to collect over 2,000 plant specimens. These specimens, particularly those from the Galapagos, played a critical part of forming his theory of evolution.

After his book on evolution was published, Darwin spent the rest of his life with plants. What’s important to note is not only the magnitude of the discoveries he made, but also the quality and scientific rigor that he applied to his experiments. When he published articles and books about his discoveries, he provided an overwhelming amount of proof to support his conclusions.

For example, at the time of his experiments, it was still widely assumed that plants self-pollinated to reproduce. As a direct result of his theory of evolution and experiments on over 60 different species of plants, he was able to prove the need for cross-pollination in plants as well as the dangers of inbreeding.

He continued that research by observing the unique pollination needs of orchids. One of the most impressive things Darwin did was hypothesize the need for a pollinator with a foot-long proboscis to pollinate an orchid from Madagascar, which has a spur that can reach that length. His hypothesis was proved correct almost 50 years later when a moth with a foot-long proboscis was observed pollinating this orchid.

He also had a keen interest in plant movement. His experiments led to discoveries related to the mechanisms of how insectivorous plants move, and how plants can “see” the sun and grow toward it (phototropism). What makes this even more amazing is that at this time there was no understanding of plant hormones, yet he proved the existence of a substance that was directing where plants should grow. Today, we know this substance as the plant hormone auxin.

Charles Darwin died in 1882, leaving behind an incredible legacy. With what I know now, I wish more of that legacy had been discussed during my high school and college classes, because Darwin wasn’t just a man with an interest in finches.

This article was originally published by WSU Master Gardener, Katie Lutz on www.thedailyworld.com on the 12th May 2018