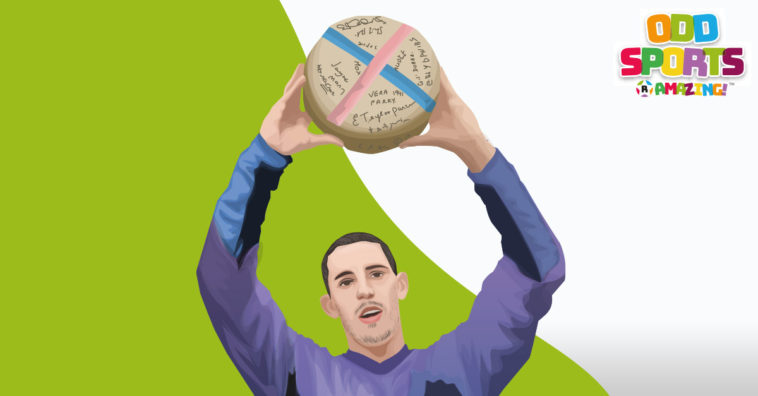 Every year, during Spring, the South West England Gloucester region hosts the annual cheese-rolling event where people from far and wide travel to watch competitors launch themselves down a hill in pursuit of a round of cheese. Sound a bit strange? Let us explain to you how the sport came about and what exactly it entails.

What is cheese rolling?

It’s pretty self-explanatory – a nine pound round of Double Gloucester cheese is rolled from the very top of the hill and competitors chase after it down to the bottom. The first person across the finish line is crowned winner, with the cheese as their prize. Originally, the aim was to catch the cheese, however, with its one-second head start and how quickly it gains speed, this becomes pretty difficult – and dangerous! In the past, spectators have been injured by the rolling cheese, and in 2013 the cheese was actually replaced with a foam replica for safety reasons.

Where does it take place?

The event takes place on Cooper’s Hill, in the parish of Brockworth, Gloucester. The main competitors are locals from the village, however, people have come from all over the world to take part in the unusual sport. There’s even a pub in the neighbouring village of Shurdington named after the event called The Cheese Rollers, where the contestants visit for a bit of Dutch courage before the event, and to celebrate after it.

There are a couple of theories of how the sport came about, which is estimated to be in the 15th century. The first is that it was used for maintaining grazing rights on the commons. The second explanation is that the event is of pagan origin, where people would throw bundles of burning brushwood down the hill representing the New Year after winter ends. This belief is why the Masters of the Cermony scatter buns, biscuits and sweets at the top of the hill to encourage ‘the fruits of harvest’.

What are the rules?

There are four downhill races – three for men and one for women with a maximum of 14 racers for each, although more usually tend to race (some years have seen up to 40!)

The Masters of the Ceremony kick off the event by shouting: ‘One to be ready, two to be steady, three to prepare (at which point the cheese is released), and four to be off.’

The competitors then launch themselves down the hill after the cheese, with the first person past the finish line crowned as the winner.

When does it happen?

The event takes place annually on the late Spring Bank Holiday Monday, kicking off at 12pm.

How can you participate?

You do not need to meet any criteria to enter the competition, or fill out any paperwork beforehand. All you need to do is arrive on time at the top of the hill and make yourself known to the organisers. Although, be warned – this isn’t a sport for the faint-hearted. You’ll be entering at your own risk – and be sure you don’t wear your favourite pair of jeans!

This article was originally published by Colette Earle on www.theculturetrip.com on the 10th July 2018.